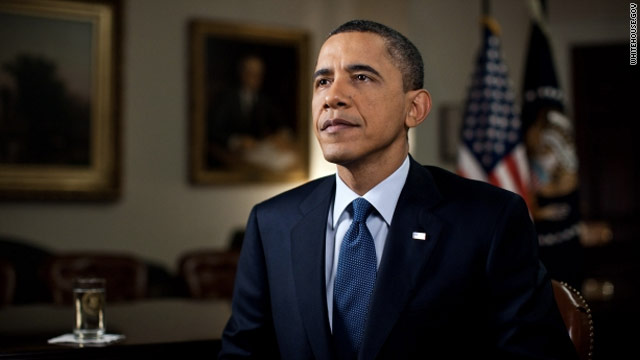 Washington (CNN)-President Obama noted that March is Women's History Month, calling it a time to celebrate "the progress that women have made" and the "women throughout history who have made that progress possible," in the weekly presidential address.

He recalled how Eleanor Roosevelt challenged President Kennedy to find qualified women for top posts in his administration, and that Kennedy asked her to head a new presidential commission to study the status of women in America in response. "It's been almost fifty years since the Roosevelt commission published its findings -and there have been few similar efforts by the government in the decades that followed," the president remarked.

The report, Obama said, listed areas of progress and need for improvement, including the finding that women are more likely than men to attend and graduate from college although they still, on average, earn less than men, are "still more likely to live in poverty in this country," and "there are areas like math and engineering where women are vastly outnumbered by their male counterparts."

The president framed equal pay for equal work as a "family issue" and acknowledged the need to "harness the talents of all our people" as a strategy to "win the future."

He also pointed out that one of his first acts as president was to "women who've been discriminated against in their salaries could have their day in court to make it right," but Obama openly denounced the fact that another bill failed to pass the Senate by two votes.

"I was disappointed when an important bill to give women more power to stop pay disparities-the Paycheck Fairness Act-was blocked …And that's why I'm going to keep up the fight to pass the reforms in that bill," he affirmed.

Like Eleanor Roosevelt, the president said, "We have to work even harder to close the gaps that still exist, and to uphold that simple American ideal: we are all equal and deserving of the chance to pursue our own version of happiness."

Alaska Senator Murkowski opened the GOP weekly address by expressing compassion for the "people of Japan in the wake of Friday's terrible earthquake and tsunami."

"In Alaska the memories of the devastating 1964 quake are still with us…We share and support the President's commitment to bring America's resources to bear to help Japan recover-and we commend the actions he's taken so far," she said.

Murkowski framed the "tragedy" in Japan and the "upheaval in the Middle East and North Africa" as reminders of "how intertwined our world economy is" and emphasized the need to "control the things we can."

The third-term senator turned the focus of her address to energy, and named "rising energy prices" as a "threat." She said Republicans are ready to take steps like ending the "de facto moratorium on new development in the Gulf of Mexico and parts of the Rocky Mountain West" to "put people back to work" because "It might surprise you that we're still the world's third-largest oil producer, and seem to find more whenever we actually look."

"The worst part of this emerging crisis is that our own government deserves much of the blame," she continued.

Though "international events have pushed prices higher," Murkowski also singled out the "short sightedness" of government as playing a "critical role" in climbing gas prices.

She addressed the need to "cut red tape and streamline regulations" because "both supply and demand affect oil prices, and that's why Republicans support both new production and alternatives to reduce consumption…We also want energy to be affordable, abundant, diverse, and domestic."

"Republicans believe that Americans deserve better," said Murkowski, "We're ready to make meaningful progress on energy, and we're hopeful that our Democratic colleagues will join us."