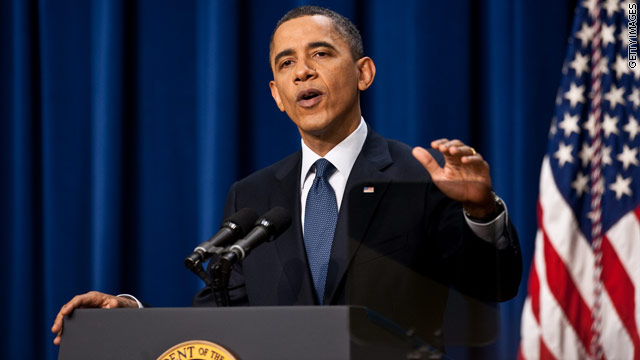 Washington (CNN) - More than two months after the fatal shootings in Tucson, Arizona, President Obama staked out his position in the gun control debate.

In an op-ed in The Arizona Daily Star, Obama acknowledged the role of guns in American society, while warning of their dangers.

"Every single day, America is robbed of more futures. It has awful consequences for our society," Obama wrote, adding that "we have a strong tradition of gun ownership that's handed from generation to generation."

He outlined three "sound and effective" steps to keep "those irresponsible, law-breaking few from getting their hands on a gun in the first place," including enforcing laws already on the books, rewarding states that provide the best data and therefore do the most to protect their citizens and making the system for background checks "faster and nimbler."

Following the shootings in Tucson that left six dead and 13 others wounded, some members of Congress voiced support for tougher gun regulation legislation, but the political reality for Democrats particularly in Southern states meant the matter failed to gain traction.

Even though the president did not tackle the issue of gun control during his State of the Union address, White House officials said they would address the topic at some point.

"However, I believe that if common sense prevails, we can get beyond wedge issues and stale political debates to find a sensible, intelligent way to make the United States of America a safer, stronger place," Obama wrote. "We owe the victims of the tragedy in Tucson and the countless unheralded tragedies each year nothing less than our best efforts - to seek consensus, to prevent future bloodshed, to forge a nation worthy of our children's futures."

In a joint statement Sunday, the bipartisan group Mayors Against Illegal Guns said they "strongly agree" with the president's proposals.

"We can – and must – respect the Second Amendment and the rights of law-abiding gun owners while still tackling this problem," the statement said. "And we look forward to working with him (President Obama) to ensure that the new national dialogue he has called for culminates in real solutions.”