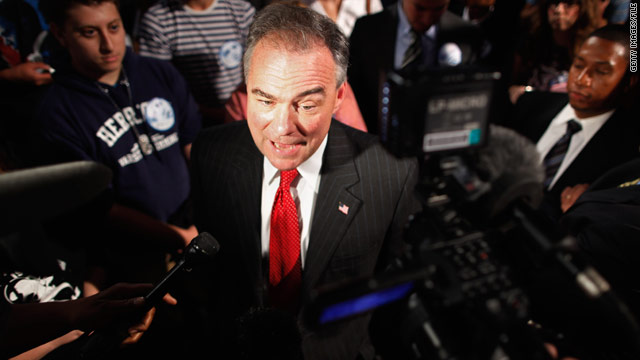 Washington (CNN) – Democratic National Committee Chairman Tim Kaine told students at the University of Richmond Monday that he is "likely" to run for Senate in Virginia.

"In response to a student's question, Governor Kaine told his law school class today what is already widely known which is that he is increasingly likely to run," said Brad Woodhouse, a DNC spokesman. "However, no final decision will be made or announced until the governor has had a final round of consultations with folks about how he can best serve the President, the people and the causes he cares about; he is assured that the Democratic Party will be in good hands should he choose to make the race and leave the DNC; he has the support that would be necessary to mount a successful campaign and he completes commitments for travel and fundraising he has made to the Party and the President through at least the end of the month."

Kaine, a former governor of the Commonwealth, has been considering running for the seat currently held by Sen. Jim Webb, D-Virginia. Webb recently announced that he would not seek a second term.