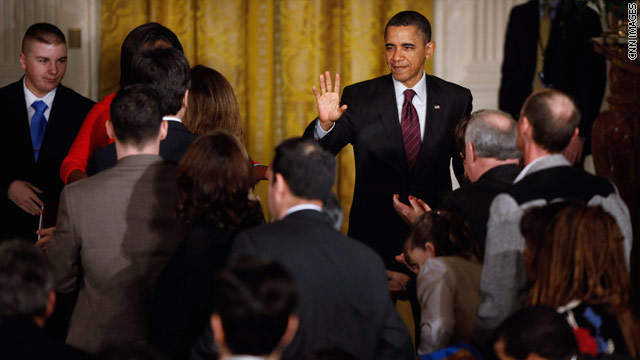 Obama to reach out to financial supporters

Washington (CNN) - It's the last thing on his schedule Monday, but in terms of President Barack Obama's re-election effort, it may be his most politically important.

According to the official White House schedule, the president attends a Democratic National Committee event at the St. Regis hotel in downtown Washington, just a few blocks from the White House. While the gathering is not an actual fundraiser, a source with knowledge of the event tells CNN that Obama will meet with approximately 50 supporters and potential supporters of his 2012 re-election bid. Such gatherings often lay the groundwork for future fundraising efforts. Also attending the event is DNC Chairman Tim Kaine.

Obama raised a record breaking $750 million dollars in his 2008 campaign for president and could raise up to $1 billion for his re-election bid.

The gathering is the third time this month Obama has attended a party event. On March 4th he headlined two fundraisers in Miami Beach for Sen. Bill Nelson of Florida and the Democratic Senatorial Campaign Committee. Last week he helped the Democratic Congressional Campaign Committee bring in around $1 million at a fundraiser in Boston, Massachusetts.