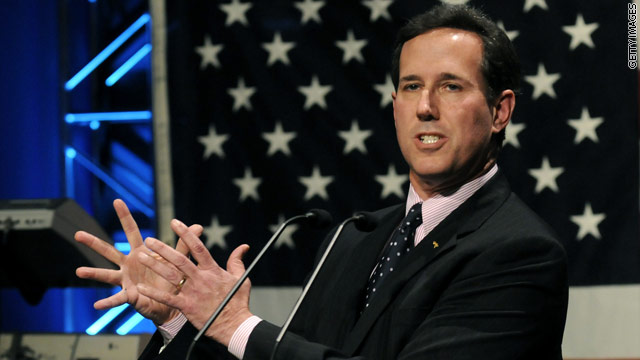 In an interview Monday with the Boston Globe, the former Pennsylvania senator said the state law and current federal laws "tend to drive employers out of the private sector plans because they're expensive and more people end up on the government plan."

"Ultimately, it's a failure," Santorum said.

There are similarities between Romney's plan and the current health care law signed by President Barack Obama, including the individual mandate that requires all residents, with some exceptions, to have health insurance or pay a tax penalty. The former 2008 presidential contender has received criticism over the plan from other conservatives including former Arkansas governor and potential presidential candidate Mike Huckabee. More recently Obama took a political shot at the governor, saying he agreed with the Massachusetts plan.

But Santorum, who touted himself as a "consistent conservative" on social and economic issues, said the issues don't "line up particularly well for Gov. Romney this time."