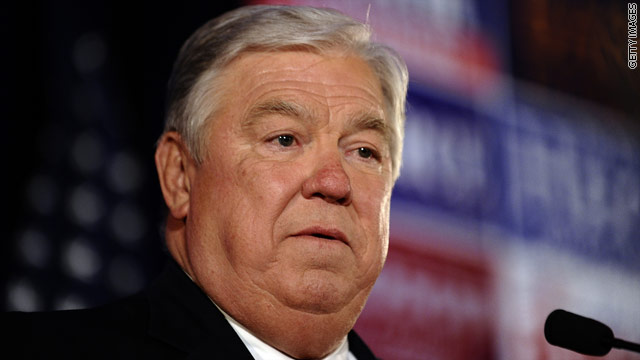 (CNN) - The press secretary for Mississippi Gov. Haley Barbour resigned Monday after Politico reported that Dan Turner wrote internal e-mails poking fun at former Attorney General Janet Reno, and that he made insensitive jokes about the earthquake in Japan.

The e-mails, which were a compilation of the day's press clippings, historical notes, and apparent jokes, were circulated within and outside of Barbour's official government office and were obtained by Politico. One shows that last Friday, Turner purportedly wrote, "Otis Redding posthumously received a gold record for his single, (Sittin' on) The Dock of the Bay. (Not a big hit in Japan right now.)"

In another e-mail, Turner supposedly wrote that when Janet Reno was confirmed to become the first female attorney general, "It took longer to confirm her gender than to confirm her law license."

In another, Turner made a jab at Cambodian genocide . He wrote, "1998 – Khmer Rouge leaders apologized for the 1970s genocide in Cambodia that claimed 1 million lives. ('Oops. My bad,' hardly seems sincere.)"

According to Politico, Turner vouched for Barbour's lack of awareness to the controversial jokes, stating that his boss only receives a printed copy of the clips, not the entire e-mail.

- CNN's Laura Klairmont and Peter Hamby contributed to this report