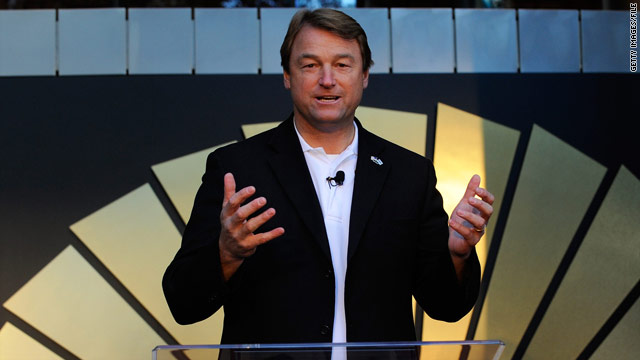 "I know that the tough times are not yet over. However, I also know that there are better times ahead," wrote Heller in a Tuesday-morning e-mail to supporters. "Together we can move our country in a new direction, get Nevadans working again, and create a more prosperous future for us and our children."

Heller, the two-term congressman whose district represents virtually the entire state except for Las Vegas and its surrounding suburbs, also made clear his campaign will focus heavily on the poor economic conditions that continue to afflict his constituents.

Nevada's unemployment stood at 14.2 percent last month, the highest in the nation.

"As families across Nevada struggle to pay their bills and fight to keep their homes, Barack Obama and his beltway allies are proposing record spending that will add to America's job-killing debt from a stratospheric $14 trillion to a staggering $20 trillion," he wrote. "We cannot allow this to happen."

Early polling shows Heller on top of a string of other potential GOP rivals, including Sharron Angle and Danny Tarkanian – both of whom ran for Senate last cycle.

Republican Lt. Gov. Brian Krolicki has also suggested he is considering a bid.

On the Democratic side, Rep. Shelley Berkley, Nevada's only other member of Congress, has said she is considering her options.