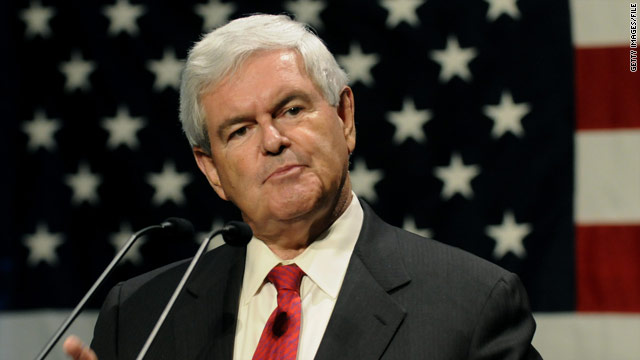 According to the university, Gingrich will join more than 40 conservatives for The Awakening conference, a gathering that aims to "empower a new revolution" around issues of faith and core social values.

Among the topics addressed during the two-day conference at the Lynchburg, Virginia school include "abortion, the economy, religious liberty, marriage and homosexuality, Sharia Law, the Middle East, Human Sex Trafficking, Reaching Minority Communities and Using New Media and Technology to Power a Movement."

Gingrich, who is seeking to burnish his credentials with the evangelical community as he mulls a presidential run, last appeared at the religious school in October, during which he told students and key conservative Christian activists that Americans needed to fight back against secular socialists, including President Barack Obama.

"Imagine a small secular political elite imposing its radical values on a massive majority of worshippers," he said in a passage describing Poland under communism. "You can see how strange Poland was – or maybe you can see how relevant this story is to America today."

"President Obama's secular socialist philosophy is profoundly in conflict with the heart of the American system and is a repudiation of the core lessons of American history," Gingrich added then.

Gingrich has stepped up outreach to religious conservatives in recent years, seeking to repair relationships that were tarnished after he admitted to multiple instances of marital infidelity. Last year, he founded a group called Renewing American Leadership, which aims to mobilize conservative evangelicals and Catholics and to strengthen ties between economic and religious conservatives.

Gingrich earlier this month announced an "exploratory phase" in his presidential considerations.