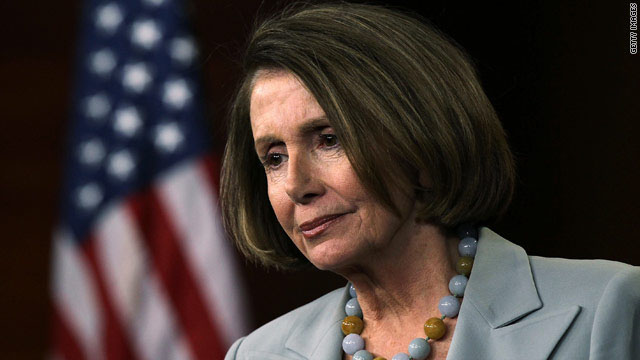 Washington (CNN) - House Democratic Leader Nancy Pelosi on Wednesday described the earthquake, tsunami and nuclear crisis in Japan as "beyond biblical in terms of its proportion."

The "humanitarian loss is so tremendous," Pelosi, D-California, told reporters on Capitol Hill, saying the United States is helping with humanitarian and technical assistance, but it's a "huge order."

"We all feel quite inadequate in terms of the size of the tragedy, but completely committed to helping," Pelosi said.

While Pelosi said she doesn't believe any radioactive material would "drift ashore" in this country, she noted that California and Hawaii would be in the "first line of receiving" any fallout and said the Federal Emergency Management Agency "needs to take inventory" of emergency supplies and figure out "how it gets directly to people."

The Democratic leader also expressed concerns about whether the United States is ready to deal with a similar nuclear crisis. She said she supports legislation that would supply potassium iodide to residents who live within a 20-mile radius of nuclear facilities. Currently that radius is 10 miles. Potassium iodide can help protect against thyroid cancer and is usually administered as a first response after a nuclear or biological accident.

Pelosi's comments came during an unrelated event on Capitol Hill meant to highlight the importance of CPR and first aid training in the wake of the Gabrielle Gifford's shooting.

The day-long CPR program, sponsored by the American Red Cross, was dubbed, "Gabrielle Giffords Save a Life Training Session."

American Red Cross President Gail McGovern said the event was inspired by the actions of Giffords' intern, Daniel Hernandez, who applied his first aid skills to help save the congresswoman's life after she and others were shot at a Tucson, Arizona shopping center in January.