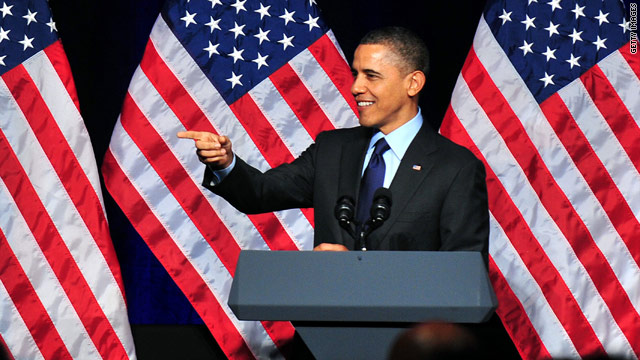 Washington (CNN) - President Barack Obama channeled his "change" message of the 2008 election in a speech to the Democratic National Committee in Washington, asking the group of supporters "not to lose that spirit that animated us early on."

"My hope is that the same spirit that helped change this country in 2008, that that spirit is still in each and every one of you," Obama said Wednesday night.

But he acknowledged that some may become frustrated with the politics in the next election.

“I’m sure that some of you are like Michelle and at some point had to just stop watching cable TV because it was getting too frustrating,” Obama said.

That frustration, he said is why it is important to not just fight the same battles, but to instead change American politics and policies.

Echoing his 2008 mantra, the president said there is "a lot more that we have in common than separates us," and encouraged the group to not take his presidency for granted.

"As time passes, you start taking it for granted that guy named Barack Hussein Obama is president of the United States," Obama said. "I hope that over the next couple of years, as we're seeing a lot of you as I travel around the country, I hope that all of you still feel that sense of excitement and that sense of possibility, because we still have so much more to do."