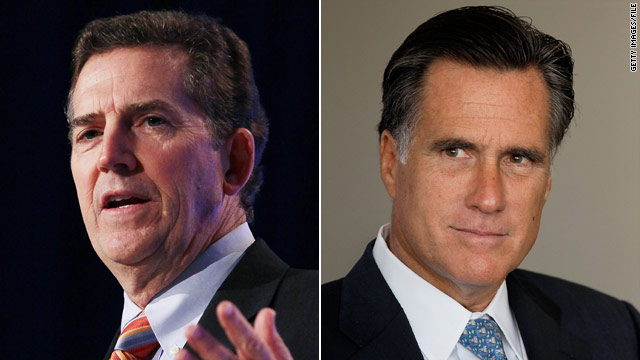 The South Carolina senator blamed the Democratic state legislature for the ultimate plan that has similarities to the current health care law, including the individual mandate that requires all residents, with some exceptions, to have health insurance or pay a tax penalty.

But DeMint, who has become a national figure and Tea Party favorite, told The Hill that Romney's attempts to make private health insurance available for everyone contributed to his decision to endorse him for president in 2008.

"For me, I think he started with good ideas that were essentially hijacked by the Democratic legislature," DeMint said. "Instead of getting people insured, it was a government takeover."

Romney has received criticism from other potential 2012 candidates over the plan, which is sure to be a topic of discussion if Romney makes another run for the White House.

Romney defended his record in a March speech, explaining the law as a "state plan intended to address problems that were in many ways unique to Massachusetts."