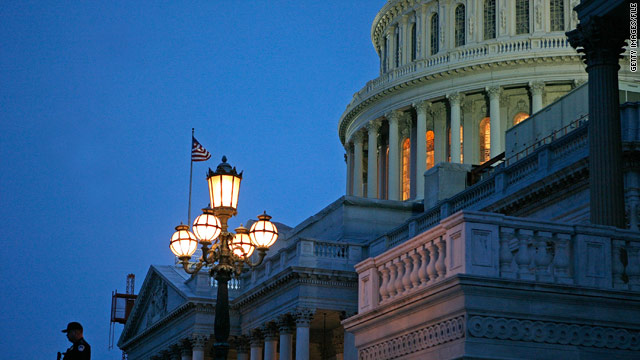 The standalone measure, introduced Tuesday by Colorado Republican Rep. Doug Lamborn, bars any of NPR's affiliate radio stations across the country from using any federal funds to purchase any programming from NPR. The vote is a victory for Lamborn, who tried unsuccessfully to strip federal funding for NPR last year.

An analysis done by the House Democratic minority reported some 414 stations which provide 7,800 jobs in 280 congressional districts would be affected should the cuts go through.
Seven Republicans did vote against the measure, and one member voted present.

Democrats tried unsuccessfully to get a majority of House members to oppose the measure, and at least one member used parliamentary inquiries to try to stall a vote. Democratic Rep. Anthony Weiner, New York, jumped on Republicans for allegedly breaking their own rules during debate on the measure.

First, he objected to consideration of the bill saying it violated a Republican-imposed House rule, "which requires 72 hour layover of the bill and it to be electronically noticed in order for it to be considered by the House." He then held up a sign with a quote from House Speaker John Boehner and read aloud, "I will not bring a bill to the floor that hasn't been posted online for at least 72 hours."

Republican Rep. Ted Poe, Texas, who was sitting in the chair, responded that the rule is not predicated on a number of hours, "but rather on a number of calendar days." He said that since the measure had been electronically available online since Tuesday that would constitute three calendar days, thus not breaking any rules.

When that didn't work, Weiner returned to the floor Thursday afternoon and tried to shame his Republican colleagues into voting against the bill. He mockingly thanked Republicans for calling an, "emergency session," to eliminate funding for popular programs like "Car Talk."

"Crisis averted, ladies and gentlemen," he said. "I'm glad we got the economy back going. I'm so glad we secured our nuclear power plants. So glad Americans are back to work. We discovered a target we can all agree upon. It's these guys. This is the problem. - it's Click and Clack." Weiner had a poster of the show's hosts Tom and Ray Maggliozzi (who refer to themselves as Click and Clack) over his shoulder while speaking.

Cartalk is a weekend entertainment program that offers advice to listeners on things like car repairs, and sometimes personal dilemmas.

Weiner joked, "Now, let's look at the record here. For one, they talk in that Boston accent. "Car Talk." It's car, congressmen. Second, they talk about master cylinders. It's kinky. I am glad my Republican friends are finally getting to the bottom of this."

Weiner then took a final jab at his Republican colleagues saying, he was sure that getting rid of "Car Talk" was in their 2010 campaign promises.

"All of these guys that finally are going to be taken off the public payroll. The Republican party, no one can say they are not in touch. They get it. They understand where the American people are. The American people are not concerned about the economy around the world. They're staring at their radio station saying, 'Get rid of Click and Clack,'" Weiner said.