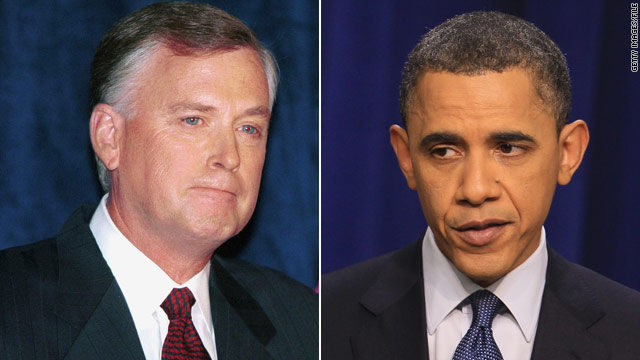 (CNN) – When President Obama headed to the golf course last weekend – the 61st time he has done so since becoming president - critics pounced, saying it was inappropriate for the commander-in-chief to indulge himself when several crises abroad demanded his attention.

But at least one Republican is coming to the president's defense: former Vice President Dan Quayle.

"I'm glad he's out playing golf. I happen to be a golfer. I think presidents deserve down time. And believe me, he is in constant communication with what's going on," said Quayle. "I mean, what do you want him to do, stay in his house and be on the phone with the ambassador to Japan all the time?"

The warm response from a member of the Quayle family may come as a bit of a surprise to Obama. After all, it was only last fall when his son, Rep. Ben Quayle, dubbed Obama "the worst president in history" in a television ad.