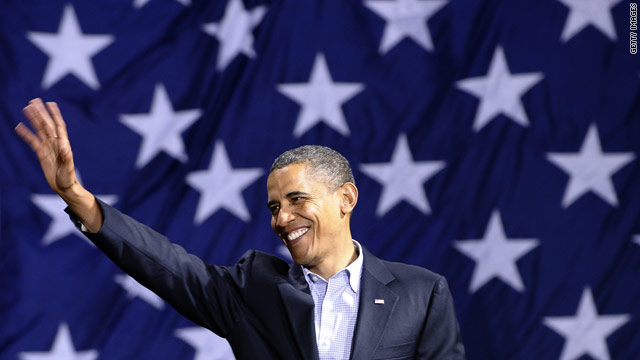 Washington (CNN) - President Barack Obama will head back to his hometown next month to headline a Democratic party event.

The president will be the main attraction at a Democratic National Committee gathering in Chicago on April 14, a Democrat with knowledge of the event confirms to CNN. The Chicago Tribune, which first reported word of Obama's appearance back in Chicago, terms the event a fundraiser.

News of the president's trip to Chicago comes as Obama has picked up the pace in attending political functions and as his team lays the groundwork for his 2012 re-election bid. Obama's 2008 campaign for the White House was headquartered in Chicago and his re-election campaign will also be headquartered in the city.

This week the president headlined two DNC events in the nation's capital. Obama spoke to members of the party committee's national advisory board and national finance committee at one of the gatherings on Wednesday evening, and met Monday evening with approximately 50 supporters and potential supporters of his 2012 re-election bid.

Obama raised a record breaking $750 million dollars in his 2008 campaign for president and could bring in up to $1 billion for his re-election bid.

CNN has confirmed that Obama's campaign manager on Thursday urged deep-pocketed and well-connected donors to each pledge to raise $350,000 this year. The donors could be asked to raise more money in 2012.