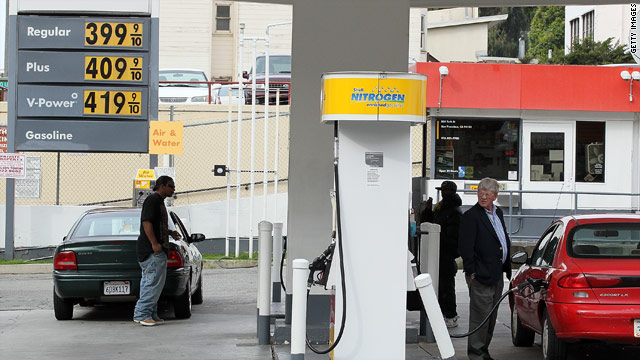 Washington (CNN) - The number of Americans who think the economy is in poor shape has risen to its highest level in two years, according to a new national poll. A CNN/Opinion Research Corporation survey released Friday also suggests that the spike in gasoline prices may be a contributing factor to that rise.

Eighty-four percent of people questioned in the poll rate current economic conditions in the country as poor, up nine points from January.

"In January, 24 percent of the public thought that economic conditions in the country were good - not a great number, but the highest it had been since 2008," says CNN Polling Director Keating Holland. "Now that number has dropped to 16 percent."

The survey indicates that two-thirds of all Americans say that rising gas prices have caused a hardship for their families, and nearly eight in 10 think that it is likely that the cost of gasoline could hit $5 a gallon by the end of the year. Fifty-six percent questioned say they support using the government's Strategic Petroleum Reserve to put more oil on the market to combat rising prices.

But gas prices are not the only economic headache for the American public. According to 38 percent of the respondents to the survey, unemployment is the top economic problem, followed by the deficit at 28 percent. Gas prices are third, at 19 percent .