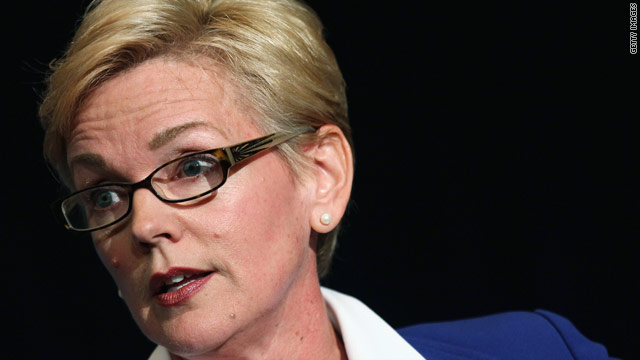 Washington (CNN) – Former Michigan Gov. Jennifer Granholm's decision to take her name out of the running to head the Democratic National Committee stunned party leaders and the White House Thursday, a Democratic official with knowledge of the West Wing's thinking tells CNN.

Current Democratic National Committee Chairman Tim Kaine is seriously considering stepping down from his post to run for the open Senate seat in Virginia and Granholm was one of several high-profile Democrats the White House was said to be looking at for the DNC heading into the 2012 presidential election year.

"When Granholm withdrew her name yesterday, we were surprised and disappointed," said the party official, who spoke about the matter on the condition of anonymity. "If Kaine were to run for the Senate she would have been under serious consideration."

The Washington Post first reported Thursday that Granholm was not interested in the position and informed party leaders. The Democratic official confirmed to CNN Granholm's decision to withdraw.

Granholm is viewed as someone with desirable political attributes ranging from a strong television presence, an ability to raise money and knowledge of how to manage a large scale operation – skills honed as governor of Michigan. And Granholm has credibility with Democratic women, a key voting bloc Obama will need to help win a second term in 2012.

Several other Democrats ranging from veteran political operative Donna Brazile (a CNN contributor), former New Jersey Gov. Jon Corzine, former Ohio Gov. Ted Strickland and Florida Rep. Debbie Wasserman Schultz are other Democrats that are said to be under consideration to chair the DNC if Kaine runs for the Senate.