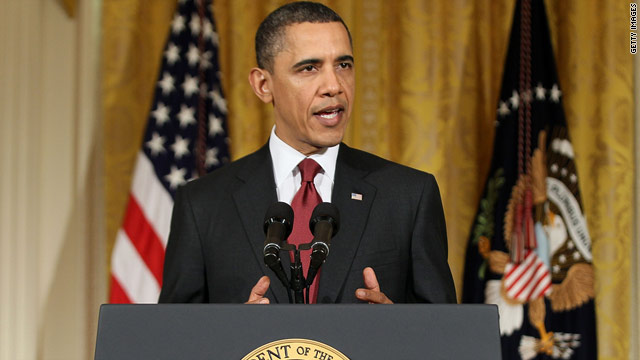 WASHINGTON (CNN) - President Obama is trying to limit the United States' role in enforcing a no-fly zone over Libya to support aircraft only and is very reluctant to commit any offensive U.S. firepower, a senior U.S. official familiar with the military planning discussions said Friday.

"We will provide the unique capabilities that we can bring to bear to stop the violence against civilians, including enabling our European allies and Arab partners to effectively enforce a no-fly zone," the president said in a nationally televised statement about U.S. military action.