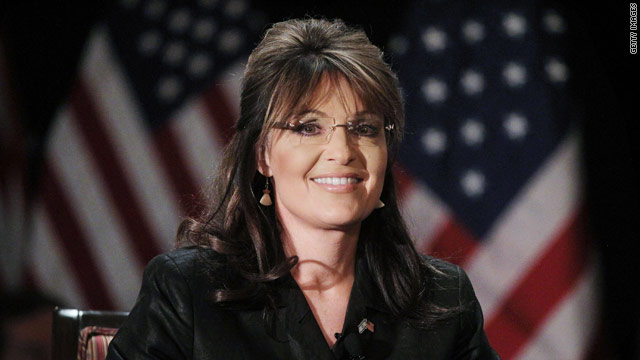 Washington (CNN) – As Sarah Palin continues to ponder a possible bid for the Republican presidential nomination, she is embarking this weekend on a major overseas trip visiting two key U.S. allies.

Her first stop is New Delhi, India where she is the keynote speaker at a dinner of a major conference, the India Today Conclave. Her paid speech to the forum, sponsored by an Indian communications company, comes Saturday night.

Palin is quoted in Friday's India Today newspaper as saying she is "very excited to visit India. Americans have a great respect for the world's largest democracy."

"India and the United States are partners in trade and business affairs, and working together our two nations can build a more peaceful and prosperous world," she is quoted in the publication telling the organizers of the event.

After India she heads to Israel where she will meet with Prime Minister Benjamin Netanyahu on Monday. Her brief visit, scheduled just to last two days, is also expected to include meetings with other Israeli politicians as well as stops at some landmarks, according to the Jerusalem Post.

In a message posted on her political action committee's website, she said "As the world confronts sweeping changes and new realities, I look forward to meeting with Prime Minister Netanyahu to discuss the key issues facing his country, our ally Israel."

"She has to be able to say in case she hops in she went through the motions like the other guys," GOP consultant Ford O'Connell, who worked on the McCain-Palin campaign in 2008, told CNN.

Palin's foreign trip is expected to help her bolster her foreign policy credentials. O'Connell said that issue is probably Palin's weakest. He pointed out with the recent events in Japan, Libya and Egypt international are back in the forefront.

"Foreign policy is moving up the ladder. If you want to be president you have to have a good understanding of the global economy in the 21st century" as well as these issues, he said.

Such a trip, as the one she is undertaking, is a must for someone considering a run, he said. "If she doesn't do it, it will hurt her," he said.

As she has for the past months, Palin continues to say she is "contemplating" a presidential run last week telling Fox News, where she is employed as a political analyst, "It's obviously, a huge life-changing decision to be made. But there are some extremely, extremely difficult situations that our country is facing today.

"And unless I have the confidence that we have a GOP candidate who is out there willing to tackle these issues, regardless of what perhaps some special interests or ties they may have had in the past to these special interests...unless I'm confident there is a GOP candidate who can tackle these things and provide solutions, then, yes, seriously, I will continue to think about it."

Asked if she could wait longer than some other prospective candidates to see who her competitors might be, she said in the interview "I've never waited for anybody else to line-up and then I jump in at the end. In fact, in my races over the last 20 years, I've usually been the first to jump in. But in this case, because it is so monumental and so affecting on a family, I probably would wait to see who is willing to put their name forward in the hat in terms of serving this country."

The former Alaska governor enjoys large support among Republican voters and her speeches draw large crowds, but her disapproval numbers among GOP voters continue to rise. There is mixed opinion among many unaligned Republican consultants on whether she will end up actually launching a bid for the nomination.

She visited the key early voting states of Iowa and South Carolina last year during her book tour and recently hired a political veteran as chief of staff for her political action committee. She is not known however to have taken any other concrete steps that might indicate a possible campaign, such as trying to recruit key activists and consultants in those crucial states as others are actively doing. She has also declined invitations to address some political gatherings.