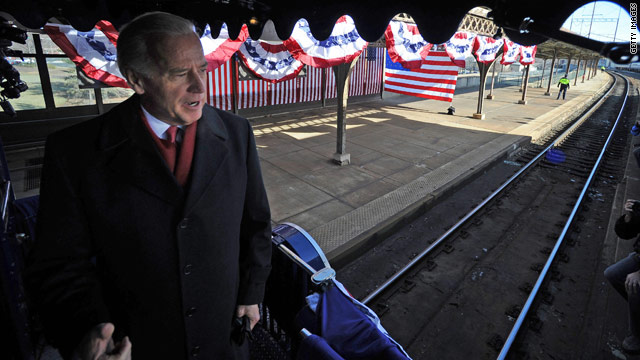 According to The News Journal, Biden, who attended the ceremony with his wife, children, and grandchildren, said, "The truth is, I don't deserve this, unless you reward longevity."

"Everything, good or bad in my career, the first people I encountered were getting on the train," he continued. "They were the first ones there for me. They would say, 'Joe, it's going to be OK.'"

Biden has been an outspoken advocate for rail transit and announced a $53 billion plan to promote the construction of a national high-speed, intercity passenger rail network in February.

He released a statement Friday calling the train station in Wilmington his "second home for over 36 years." The Joseph R. Biden Jr. Railroad Station, which will still be named the Wilmington station on train timetables, was reopened during the ceremony after a two-year, $37.7 million renovation. It is 104 years old and listed on the National Register of Historic Places.