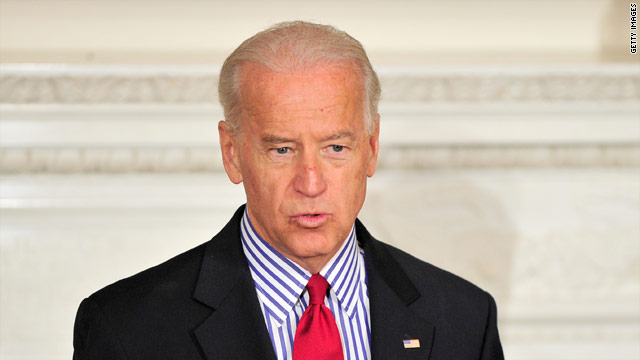 Biden to Boston for party gathering

The official White House schedule says the vice president will attend an event for the Democratic National Committee. A source with knowledge of the gathering tells CNN it is not a fundraiser, but rather a chance for Biden to meet with financial supporters and potential supporters.

Last month the DNC out-raised its GOP counterpart, the Republican National Committee, $6.9 million to $5.2 million. The DNC reported having $10.5 million cash on hand, about five times more than the RNC.

As the 2012 election cycle starts to heat up, it appears the vice president appears to be ramping up the number of political events he headlines. Biden was the main attraction at a Democratic Congressional Campaign Committee gathering in Philadelphia on Friday, and later this week he travels to Florida to help raise campaign cash for the two-term Democratic Sen. Bill Nelson, who could face a challenging re-election next year.