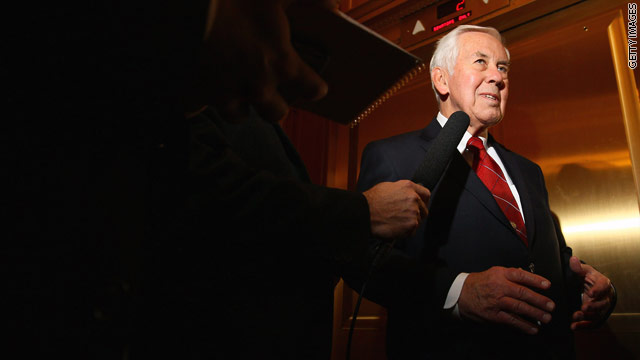 In an interview set to air Monday on CNN's "John King, USA," Republican Sen. Richard Lugar of Indiana said the operation has not been clearly defined.

Click to watch video
"I do not understand the mission because as far as I can tell in the United States there is no mission and there are no guidelines for success," Lugar told CNN Chief National Correspondent John King. "That may well be true with our allies although conceivably they may have other missions in mind and simply try to get Security Council clearance to proceed."

In recent days the Senate's most senior Republican has expressed concern over action in the African country, and on Sunday said the U.S. cannot afford another war.

"The fact is we cannot afford more wars now, and we're going to have to find in fact some curtailment of our military budget in addition to the so-called spending that we do, the 30 percent that we've been dealing with," Lugar told CNN. "There's another 70 percent out there and defense is a big part of it. In the midst of that, we have to be thinking carefully what our obligations are, how long they might continue."

His comments are more critical of the action than other Republicans, including Sen. John McCain of Arizona and Sen. Lindsey Graham of South Carolina, who have raised concerns but remain supportive of U.S. involvement.