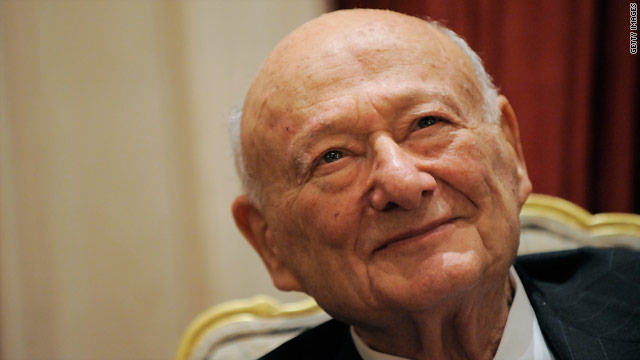 The city council voted 38 to 12 Wednesday to rename the Queensboro Bridge the "Ed Koch Queensboro Bridge." Koch rose to national prominence during his twelve years as mayor of the Big Apple during the 1970's and 1980's.

"I'm elated," Koch said by phone of the plan to officially re-designate the bridge as the Ed Koch Queensboro Bridge. "It's the highest honor the city could confer upon me and they're doing it while I'm still here appreciating it and not dead not knowing about it."

But not everyone shares Koch's excitement.

A recent Quinnipiac University poll found that 64 percent of all New York City voters and 70 percent of Queens voters opposed renaming the bridge that connects Manhattan to Queens.

The plan to rename the bridge was first proposed by Mayor Mike Bloomberg at Koch's 86th birthday in December.

"Ed Koch is responsible for so much of the progress we enjoy and the renaming is a perfect tribute to one of our City's greatest mayors," Bloomberg said in a statement Wednesday. "He literally saved this bridge and began the process of reinvesting in then crumbling bridges across the city."

Opened to traffic in 1909, in its early days the large steel framed bridge served as a lifeline between the bustling borough of Manhattan and its less populated, suburban sister Queens. Today, over 180,000 motorists cross daily.

Born in the Bronx, Koch was elected the 105th Mayor of New York in 1977. He lost his run for a fourth term after facing criticism for a series of government corruption scandals. Since leaving office, he has written as a newspaper columnist, hosted his own radio show, and served as a judge on the television show, "The People's Court."

While some have suggested tolling as a way to solve New York's transportation budget woes, Koch won't hear anything of it.

"If anybody talks about tolls on my bridge, I'm going to run like Horatio and fight them off with my mighty sword," he said.