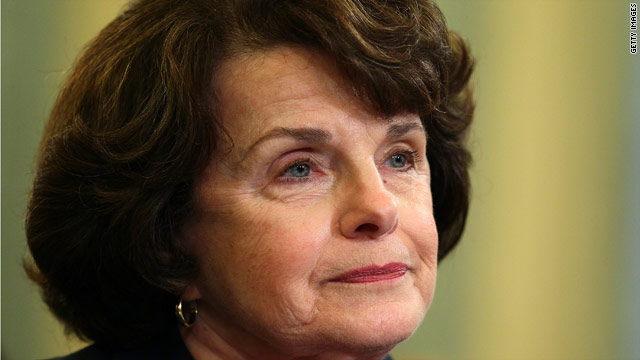 (CNN) - A plurality of California voters say they'd be inclined to vote to re-elect Democratic Sen. Dianne Feinstein next year, according to a new poll.

A Field Poll released Thursday indicates that by a 46 to 42 percent margin, California voters say they'd be inclined to vote to re-elect Feinstein next year when she runs for a fourth full term in office. Twelve percent of those questioned were unsure.

"This is a less positive assessment than voters have given Feinstein in Field Polls conducted in the year prior to her three previous re-election bids. In each of those measures, majorities of between 53 percent and 59 percent said they were inclined to back her," says a release by the Field Poll.

Two thirds of Democrats questioned say they'd be inclined to vote to re-elect Feinstein, with more than seven in ten Republicans disagreeing, and by a 51 to 39 percent margin, independents say they would likely vote for the senator.

According to the poll, 48 percent say the approve of the job Feinstein's doing as senator, with one in three disapproving and nearly one of out of five unsure. The Field Poll's approval rating numbers for Feinstein are nearly identical to the results of a Public Policy Institute of California survey released earlier this week.

The Field Poll indicates that by a 52 to 27 percent margin independent voters approve of the job Feinstein's doing as senator.