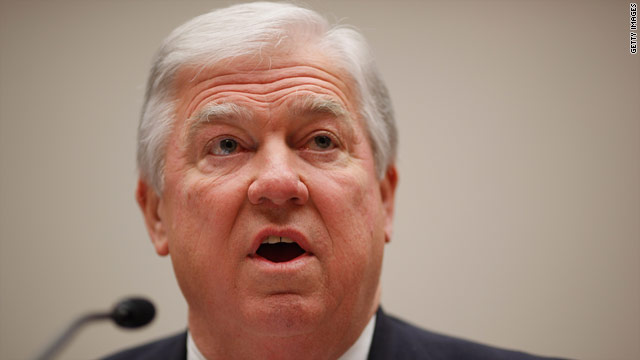 Speaking in Des Moines, Iowa, to a crowd of conservative activists, the potential 2012 GOP presidential contender said, "When the government sucks all the money out of the economy, how is the private sector supposed to create jobs?"

"The president from the beginning has been calling for the largest tax increase in American history," Barbour said, adding "the policies of this administration in every case have made it harder to create jobs."

Barbour also struck out at taxes placed on the oil industry, saying they would be passed on to consumers.

"Who’s he think is going to pay that? Exxon?" Barbour said, "That's going to be paid by the people who are pumping gas and diesel fuel into their cars & trucks."

Citing the need to jumpstart the economy, Barbour told the crowd that reducing spending would be key.

"I urge you to remember the most important thing, cutting spending is the means to an end, the end is to continue to grow our economy,” he said.