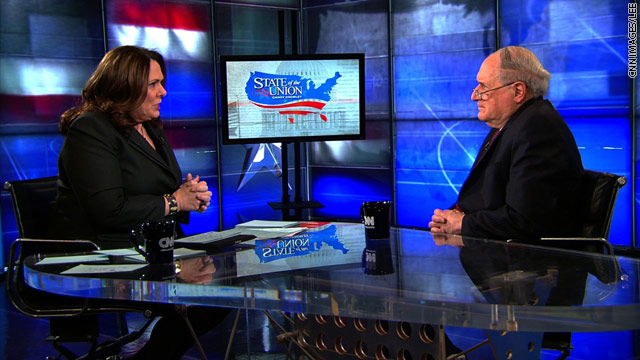 The Michigan Democrat on Sunday said support from the international community is vital to the success of the mission that began when the United Nations Security Council voted March 17 to authorize a no-fly zone over the African country and to "take all necessary measure" – without using an occupation force – to protect the civilians under attack in Libya.

Click to watch video
"We're part of an international coalition, which has been supported now by U.N. resolution with the support of Arab countries to prevent the slaughter of civilians in Libya," Levin said on CNN's "State of the Union." "And to make sure that continues with a no fly zone, which would be maintained over Libya to prevent Gadhafi from reasserting control of the air."

Levin, using the uproar in Egypt as an example, said coalition forces "are not going to be the ones to remove him."

"We are the ones, as part of an international coalition that are going to prevent him from massacring his own people," Levin told CNN Chief Political Correspondent Candy Crowley. "There's a Democratic movement afoot in the Arab world and we should be on the side of that Democratic movement."

But the recent action taken by the United States should not be mirrored in other countries laden with a dictator, Levin said.

"Not unless the international community has said to us come help us remove this dictator," Levin said. "We should use other means in terms of limiting the power of dictators… but we cannot use military means to remove every dictator."