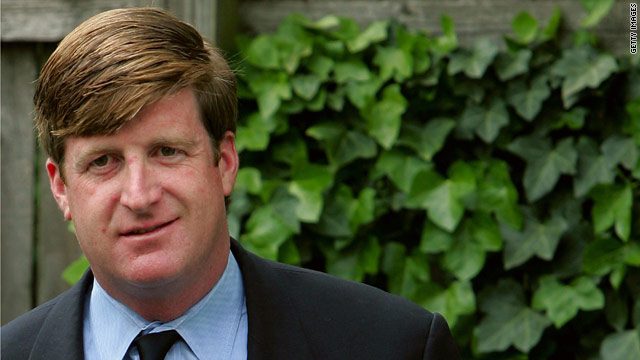 "My father spoke about his true compass, guiding him through his journey in life. I have found mine with Amy," Kennedy said in a statement. "She has helped me navigate the unchartered waters of life beyond politics and given me the reason to look forward to a personal life with family and friends."

Kennedy, son of the late Massachusetts Sen. Ted Kennedy, left Congress in January after eight terms in the U.S. House.

The statement said Petitgout is Roman Catholic, like the groom-to-be, and the couple has yet to set a date for the wedding.

"We feel so fortunate to have found each other," Petitgout said in the statement. "Patrick is caring and values me, giving me friendship and love. He has become part of my family and loves my daughter as his own."