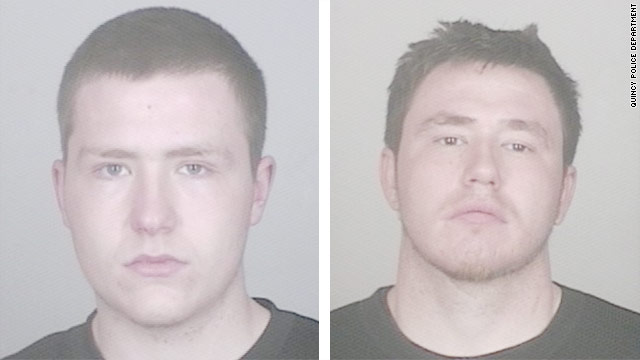 Kenneth and Christopher Babij have been charged in the theft of the Congressman's car.
March 29th, 2011
03:07 PM ET

(CNN)- Massachusetts Democratic Rep. Bill Keating knows what it's like to be tough on criminals. Before becoming a freshman Congressman, he served as Norfolk District Attorney for over ten years.

But at 3 a.m. ET Tuesday, he experienced what it's like to awake to the sound of your car's engine starting and then stolen from your driveway. A first-hand experience with crime that was provided by a pair of brothers with a criminal past, according to local police.

"These guys are familiar to us," said Captain John Dougan of the Quincy Police Department of the brothers in an interview with CNN. Keating called police as soon as he heard his engine starting and the car was recovered in an astounding four minutes.

Following the congressman's call, an alert was issued to local police to be on the lookout for the Congressman's 2001 black Lexus SUV and moments later the stolen car was driven past a police officer who, with the help of other officers, boxed it in as it pulled into a McDonalds. The two men inside claimed it was a rental car, according to Dougan. Brothers Kenneth and Christopher Babij were charged with possession of a stolen motor vehicle in addition to breaking and entering.

Rep. Keating, who serves on the Homeland Security Committee as the ranking member of the Oversight, Investigations, and Management Subcommittee, issued the following statement," For the past twelve years, I worked with the Quincy police and was very impressed with them as a District attorney...When I called the police to report that my car had been stolen, they apprehended the suspects within minutes."

Next time the Congressman will probably be more careful with where he leaves his keys. The thieves caught a lucky break when they discovered the keys to his Lexus while breaking into the other family car in his driveway, a 2011 Ford Escape.