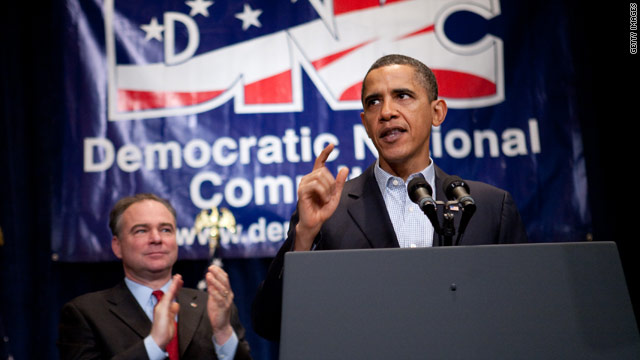 WASHINGTON (CNN) – At a DNC fundraiser in Harlem, Barack Obama all but endorsed outgoing DNC chair and former Virginia governor Tim Kaine for U.S. Senate – a decision Kaine has not yet made (or at least announced).

While many have speculated Kaine will go "plunging back into the hurly-burly of electoral politics," as Obama described it, so far the DNC chair has only coyly said he is likely to run for the seat being vacated by Sen. Jim Webb, D-Virginia.