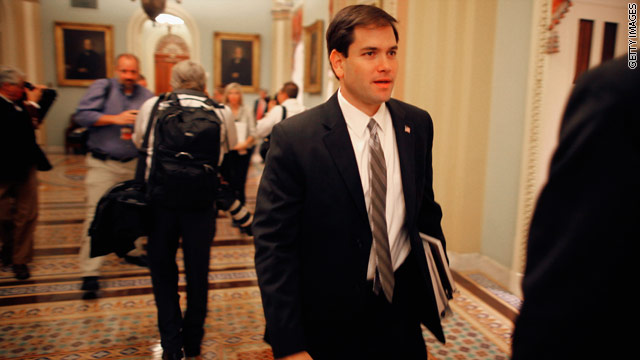 (CNN) – Cross at least one Republican off the potential 2012 presidential list: Sen. Marco Rubio of Florida says there's no way he's going to seek the White House next year.

In an interview with ABC News that aired Tuesday morning, the fresh-faced senator said it's too soon in his career to consider a presidential bid.

"I'm not running for president in 2012," said Rubio, considered to be among the GOP's up-and-coming rock stars after knocking off ex-Florida Gov. Charlie Crist in a Senate primary last year and cruising to victory in the general election.

Rubio however did not rule out the possibility he would accept a vice presidential offer it was extended.