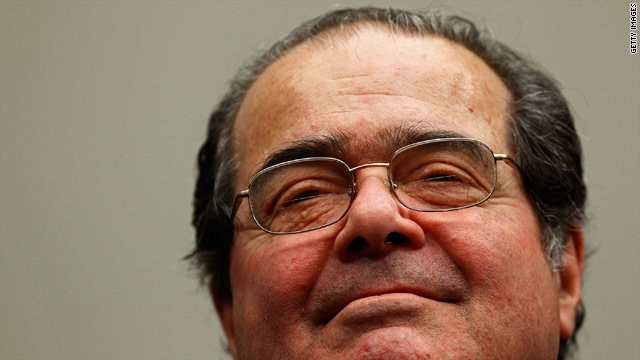 Washington (CNN) - A little car accident was not enough to stop Supreme Court Justice Antonin Scalia from making it to work on time Tuesday, and the 75-year-old jurist showed no effects on the bench of his earlier adventure.

Court spokeswoman Kathy Arberg confirmed that Scalia was involved in a fender-bender while driving himself to the court on the scenic George Washington Memorial Parkway in suburban Virginia.

According to the Washington Post, Scalia rear-ended another car that set in motion an accident that ulitmately affected four cars. He was fined $90 and may contest it in court if the justice so chooses.

The four-lane divided road travels along the Potomac River past the nation's capital, and is popular among both commuters and tourists. The justice was not injured in the incident, and police sources said he was soon on his way.

Scalia was on hand when oral arguments began at 10 a.m. in one of the biggest cases of the term, a discrimination claim by female workers against Wal-Mart Stores, which has the potential of becoming the largest class-action lawsuit in U.S. history. No public mention was made of the accident, and Scalia, as usual, was an active questioner from the bench.

It is extremely rare for a justice to show up late to a public session, and Scalia did not disappoint.