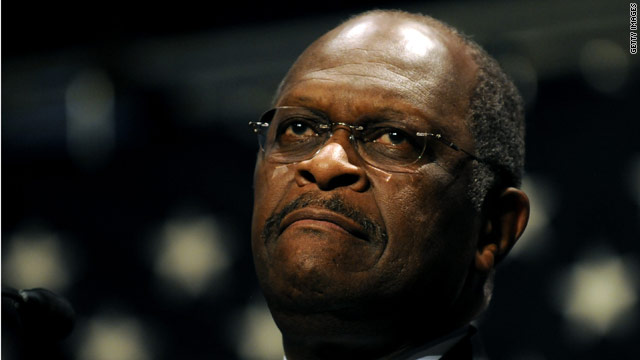 At a Wednesday appearance in Florida, Cain said if he were elected president "you get a chance to be batting .500" with black presidents.

"If you think about the first 43 presidents, they were all white. Were they all great? I think you have a few duds in that group," Cain said according to a video posted on Shark Tank, a local political site in the sunshine state. "So now you get a chance to be batting .500."

And why do members of the media treat Republican Rep. Michele Bachmann of Wisconsin and former Republican Alaska Gov. Sarah Palin so "viciously"?

"Because they know that Michele Bachmann or Sarah Palin is going to draw a lot of the women vote away from the Democrat Party," Cain said. "They are scared to death of that, if they were to run and get the nomination. They are doubly scared that a real black man might run against Barack Obama."