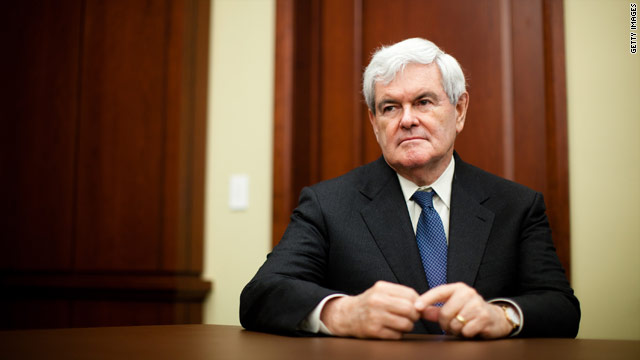 Gingrich's next deadline: May

Gingrich said Thursday he plans to make a final decision about entering the presidential race in May.

"We are trying to finish out the exploratory process, and I think by the first week of May we will have done that," Gingrich told reporters on Capitol Hill.

The first Republican presidential debate is scheduled for May 5 in South Carolina.

The Georgia native filed paperwork with the IRS in March to form a fundraising committee to "explore" the possibility of a presidential bid.

Gingrich spent the last two years telling reporters he would make his decision at some point in February of 2011. But as that deadline approached, Gingrich moved the date back to March. And now the "final" decision will be in May.