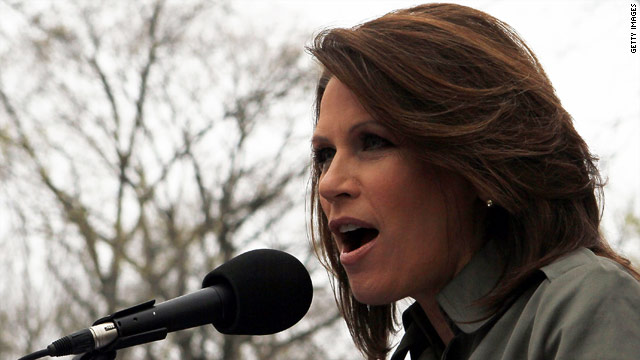 Washington (CNN) - Minnesota Rep. Michele Bachmann, one of the most aggressive fundraisers on Capitol Hill, collected $1.7 million for her re-election campaign during the first three months of the year, a Bachmann adviser told CNN Friday.

And since that money sits in a federal account, it can be transferred to a presidential campaign account should the Tea Party favorite officially join the race for the Republican nomination in 2012.

Bachmann plans to form a presidential exploratory committee in the coming months and is in the process of lining up campaign teams in the early caucus and primary states of Iowa, New Hampshire and South Carolina.

The Republican also took in $500,000 for her political action committee, MichelePAC.

That total is greater than the $1.9 million raised during the same period by former Massachusetts Gov. Mitt Romney, considered the national frontrunner in the GOP presidential race.

Romney, though, has been raising money for his political action committee. That money cannot be transferred to a federal account.

Romney and his finance team are expected to begin raising money for the presidential campaign in the coming weeks.