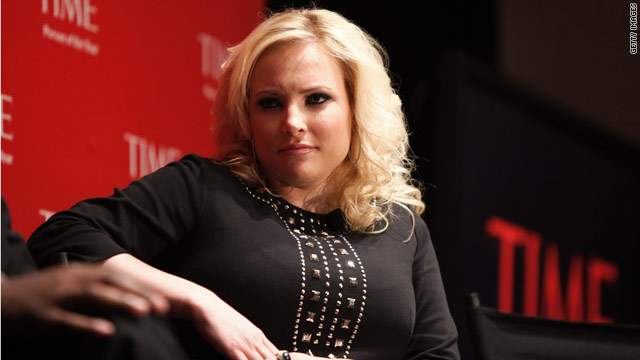 Washington (CNN) – Add Meghan McCain to the list of those who are not looking forward to HBO's upcoming adaptation of "Game Change" - the 2009 book by journalists John Heilemann and Mark Halperin that provided an inside look into the last presidential race.

In her regular column Friday for the website The Daily Beast, McCain suggests she found the book itself reviling and says she expects the movie to "crucify" her family and Sarah Palin.

"I expect my family and Sarah Palin to be nothing short of crucified," the McCain daughter writes. "Another election is nearing and President Obama has publicly fallen from his stature as an infallible saint. It is in everyone's best interest to exaggerate and manifest things that didn't happen."

Meghan McCain has long taken issue with the best-selling book, insisting many of the behind-the-scenes stories of her father's failed presidential bid are either exaggerated or downright made up.
The movie is expected to focus on the book's largely-negative portrayal of the McCain campaign, especially the reportedly hasty decision to pick then-Alaska Gov. Sarah Palin as the vice presidential nominee.

John McCain himself also made clear earlier this week he has no intention of watching upcoming adaptation, in which actor Ed Harris will star as the Arizona Republican.

"He's a very fine actor and a great actor," McCain said during an appearance on Fox News Sunday of Harris. "I obviously haven't read the book, so I don't think I'll be watching the film."
In addition to Harris, actress Julianne Moore will play the role of Sarah Palin and Woody Harrelson will depict McCain's campaign manager, Steve Schmidt.