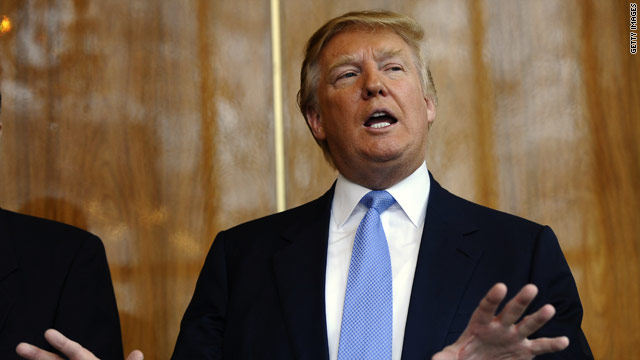 Washington (CNN) – There appears to be another sign business mogul Donald Trump is at least considering a White House bid:

Called "Monday Mornings with Trump," the unlikely presidential candidate will be featured in a regular weekly segment on the morning show Fox and Friends, the network announced.

"Bold, brash and never bashful, The Donald now makes his voice loud and clear every Monday on Fox," says a network promo.

A spokesman for Fox tells CNN Trump is not being paid for the new segment.

Still, the weekly segment could draw criticism in light of the fact the network has or currently employs no less than five Republicans who have at least said they are considering a White House bid.

Last month the network formally suspended former House Speaker Newt Gingrich and former Sen. Rick Santorum as contributors – two men that have criss-crossed the country for months ahead of likely presidential bids. But continuing in roles at the network are former Arkansas Gov. Mike Huckabee, host of a weekend show on Fox News, as well as former Alaska Gov. Sarah Palin, a regular Fox News contributor – both of whom have expressly left open the possibility of a presidential run.