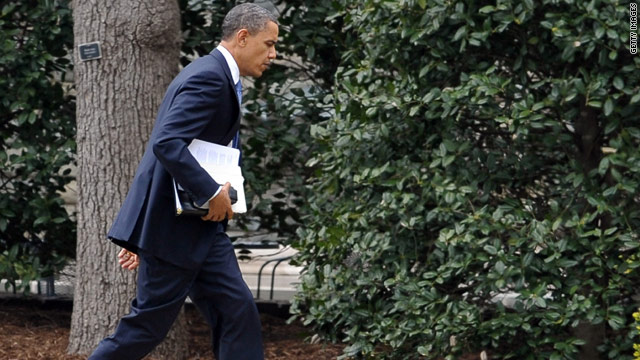 Obama reaches out to Boehner, Reid on budget call

In the weekly GOP address released before the call, Boehner made it clear that bipartisan cooperation was not immediately within reach. “You’ve heard Democratic leaders claim an agreement has been reached on this issue, but let me be clear,” he said. “There is no agreement. Republicans continue to fight for the largest spending cuts possible to help end Washington’s job-crushing spending binge.”

During the call, the president affirmed the need to cut spending and acknowledged progress toward reaching a bipartisan compromise to make $73 billion in spending cuts this year.

His team has been given a directive to work through the weekend and reach resolution on what will be eliminated, with an instruction to steer clear of any cuts that undermine economic growth, job creation and the ability to “win the future.” The president voiced opposition to cuts that undermine those goals and any efforts to use the negotiation process as a way to further political agendas unrelated to the reduction of the deficit and spending.

Though he recognized the progress made toward spending legislation, Obama warned that the process is running out of time, and encouraged both parties to reach a solution in time to avoid a shutdown of government and possible threat to economic recovery.

Following the call, Boehner spokesman, Michael Steel objected to the notion of a compromise, saying, "The speaker reminded the president that there is no 'deal' or agreement on a final number, and he will continue to push for the largest possible spending cuts."