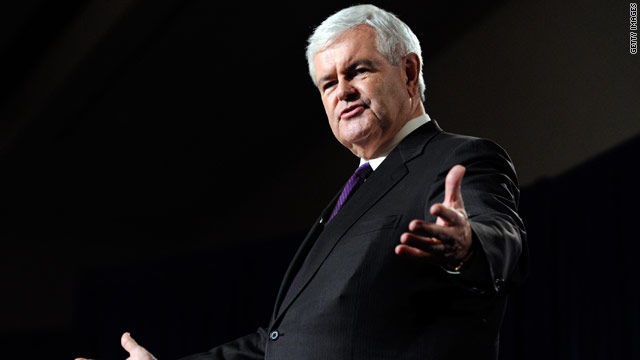 After all, the former House Speaker, for better or worse, has long been recognized as among the most aggressive and successful fundraisers in the Republican Party. In 2010, he raised close to $15 million through his various organizations and political action committees, a sum that far outpaced that of any other potential GOP presidential candidate.

Indeed, if Gingrich and the president have anything it common, it is that they both know how to raise money – a lot of it.

Gingrich on Monday told a gathering at the New Hampshire Institute of Politics that Obama was going to "use his office to extort contributions on a scale we've never seen before," adding that "he's in effect trying to create a Chicago style machine for the whole country with a billion dollars."

To be sure, the president's reelection timing Monday was certainly all about money. As CNN reported, it's no coincidence the president filed papers with the Federal Election Commission (a move that legally allows him to raise campaign money) four days after the start of the year's second quarter.

When you add to that the fact that the president's team has already scheduled a string of fundraising events over the next two months, it becomes clear the Obama money-making machine that raised nearly $750 million in the 2008 cycle is back in full swing.

But there's every indication that Gingrich, who formed an exploratory committee sooner than most every other GOP presidential candidate, has the same fundraising philosophy as Obama: the earlier the better.

And, as the Washington Post reported in February, the vast fundraising groundwork Gingrich has been constructing over the last several years instantly makes him the fundraising powerhouse in the GOP presidential race.

There's no doubt few Republicans will be able to match the president's fundraising machine, but Gingrich just might.

A spokesman for Gingrich did not respond to CNN on the issue.