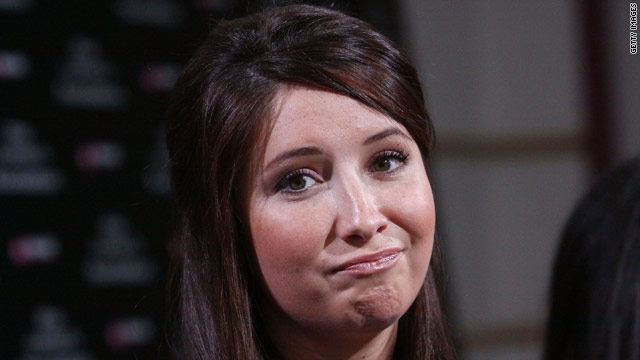 So what's the going rate for an abstinence promoter these days?

The younger Palin, then 18, was made an ambassador to the group in 2009 – months after giving birth to son Trip. She is no longer seeing Trip's father, Levi Johnston. Her work included giving speeches before teenagers, as well as appearing on television shows and in advertisements to raise awareness about the issue.

"I am so happy to have this opportunity to work with The Candie's Foundation on spreading the message of teen pregnancy prevention," Palin said when she was named to the position in May of 2009. "

"I feel that I could be a living example of the consequences of teen pregnancy. If I can prevent even one girl from getting pregnant, I will feel a sense of accomplishment."

Palingates is run by a group that calls themselves "The Sarah Palin Watchdog Team."