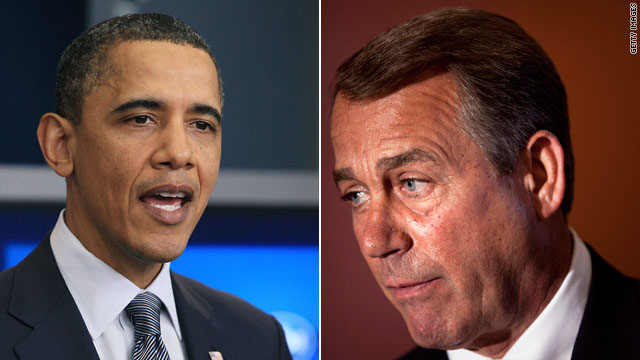 Here's what happened, according to a statement from Boehner's office:

Speaker Boehner spoke this morning with President Obama regarding ongoing negotiations on legislation to fund the government. The Speaker reiterated that the House's goal is to prevent a government shutdown and make real cuts in spending, which the Speaker has argued is necessary to support private-sector job creation and boost confidence in the nation's economy. He told the President he remains hopeful a deal can be reached and that talks would continue. The Speaker thanked the President for calling.