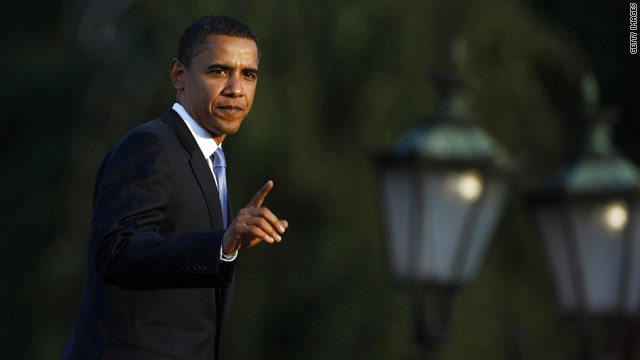 Washington (CNN) - After returning to the White House from a trip to Pennsylvania and New York, President Barack Obama will meet with House Speaker John Boehner and Senate Majority Leader Harry Reid Wednesday night to "help them bridge the narrow, but important gaps that remain," said a White House official.

Earlier in the day, the president had received a more optimistic assessment on the negotiations after speaking by phone with Boehner and Reid, according to the official.

"They told him that they were making progress and did not need him to get involved," the official said.

Even so, the official added that "the White House team has been monitoring the situation" all day.

Traveling with the president, White House spokesman Jay Carney told reporters that Obama concluded "not enough progress has been made," according to a pool report.

Another source familiar with the situation was more blunt: "There was almost no progress made today."

It also didn't go unnoticed that one Republican "attacked the president for going out of town, when he didn't want to meet in the first place," the source said.

As he appeared with Boehner and other Republican leaders at a Capitol Hill press conference to offer up another short-term continuing resolution, Hensarling said, "The President of the United States has just said the least we can do is pass a budget, and then went to Pennsylvania, apparently to work on his campaign budget."

With both sides pointing fingers, the scene is set for another Oval Office meeting. It's scheduled for 8:45 p.m. ET.

If no agreement is reached, the federal government will shut down Friday.

'There wouldn't be a meeting if it wasn't a necessary step at this stage in the process," said the source familiar with the talks.