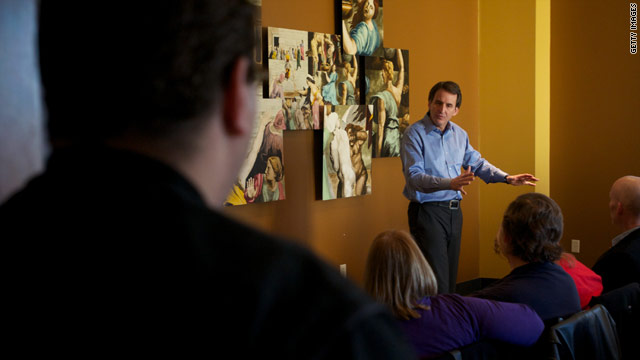 Washington (CNN) - A staffer for former Minnesota Gov. Tim Pawlenty's presidential exploratory committee in Iowa was suspended Wednesday after being arrested on charges of public intoxication and trespassing.

Des Moines television station and CNN affiliate KCCI reported that Benjamin Foster was arrested around 3 a.m. on Wednesday, when an Ankeny family awoke to find him trying to get into the back door of their home and called the police.

Foster was hired by Pawlenty's political action committee in late 2010, making him the first full-time staffer for any potential campaign on the ground in Iowa. The state will hold the first contest of the 2012 Republican nomination fight early next year.

"Governor Pawlenty is extremely disappointed in Ben's actions and his behavior does not meet the standards he expects of his employees," said Eric Woolson, an adviser to Pawlenty's exploratory committee. "Therefore, the committee is placing Ben on a two-week unpaid suspension and expects him to bear the legal consequences for his action."

In a statement issued through a Pawlenty spokesman, Foster acknowledged making "a very serious mistake."

"I take full responsibility for my actions," Foster said in the statement. "I want to apologize to all affected by my poor judgment. I especially apologize to the people who were disturbed during the incident and the arresting officers. I give my word that it will never happen again."