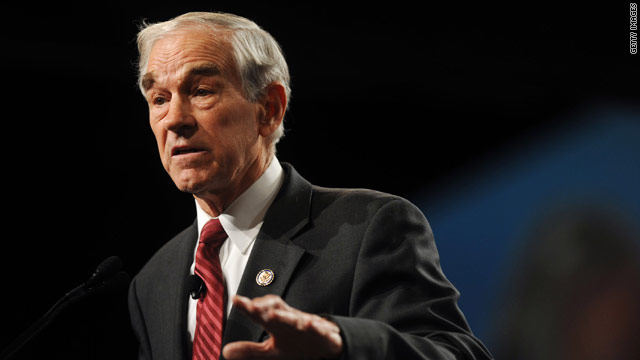 Ron Paul a month away from presidential decision

(CNN) – Ron Paul, the Texas congressman and libertarian with an army of followers, says he will decide on a third presidential bid "in a month or so."

But appearing on the Alex Jones Show, a syndicated radio program, Paul appeared to suggest Tuesday he is ready to take the plunge again

"We are getting awfully close, and there is just a few other things that I have to iron out personally to make my final decision. But it has to come," said Paul.

Paul's fundraising prowess in 2008 shocked the political establishment, though his legions of supporters failed to translate into strong Republican primary showings. Still, it's likely another Paul candidacy could shakeup the expected 2012 GOP presidential field, especially if the anti-government spending congressman resonates with a majority of Tea Party movement followers.

Meanwhile, Paul did not rule out a third-party presidential bid either.

"I guess in life, you should keep all options open. But right now, I'm still a Republican congressman and we did it last time as a Republican," he said.