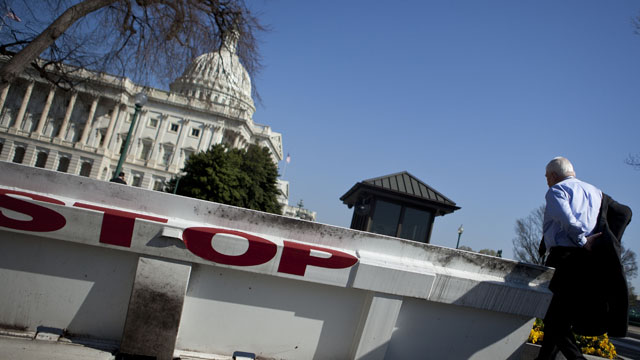 "My concern with a shutdown is what is our long term goal? What are we trying to achieve? If you're going to shut the government down you better be willing to achieve those goals," Simpson told reporters off the House floor. "If it is repeal Obamacare, do we think in two weeks or a month Obama's going to go – 'you guys were right, and sign onto it?' I don't think so. So you better look at what your goals are and what you're willing to accept or don't do it."

Simpson said House Republicans could push ahead with another short term spending measure to keep the government running past Friday. Senate Democrats and the President have already rejected a proposal GOP leaders put forward earlier this week that would fund the government for another week while also cutting $12 billion in spending.

House Republicans are meeting Wednesday afternoon to discuss next steps and determine whether they have the votes to pass another short term bill if GOP leaders decide they want to pursue that option.

Simpson, whose committee is responsible for drafting the specific spending cuts, said he can't finish his work until Republican and Democratic negotiators agree on an overall amount.

"Give us a number, I don't care what it is, and we'll meet it." Simpson said, adding he was anxious to move past the fight over this year's bill to get to bigger cuts in next year's budget.

"We're cleaning up the mess that was left us. How we clean it up is not as important to me as what we do with the 2012 budget," Simpson said.