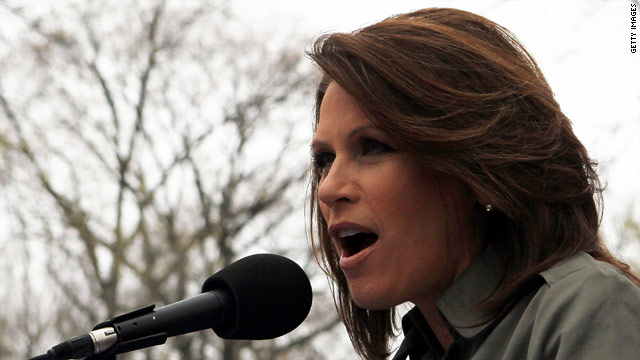 Bachmann: Government shutdown is an admission of failure

Washington (CNN) - GOP Minnesota Rep. Michele Bachmann says that when the government shuts down it is an admission of failure. And if she were commander-in-chief, the potential presidential candidate told CNN Chief National Correspondent John King that she would gather the party leadership in her office, put everything on the table and "stay together until we actually cut a deal."

In an interview on CNN's "John King, USA," that aired Thursday at 7 p.m. ET, Bachmann committed to donate her congressional paycheck to military families, if there's a government shutdown. She also called for a bill that would ensure that troops get paid on time in case of a partial shutdown.

Refusing to use the troops as "a political football," she said, "We need to have a clean bill to make sure that the paychecks need to get to the troops on time."

"I think it's imperative that our troops not pay a price, the families at home shouldn't' worry whether they're not getting a check.

And the Tea Party favorite would not reveal whether House Speaker John Boehner has approached her for help with the caucus that she leads, saying instead, "He wants us to have all of our votes when they put a bill up to be voted on."

"I do think we have to stay focused right now," she continued. "We need to focus like a laser beam because the American people are focusing on this right now and we need to get the job done."