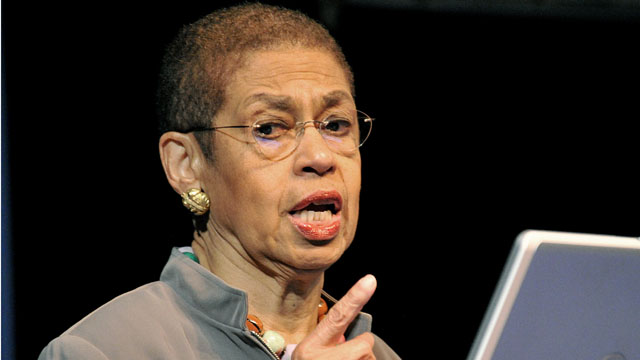 The Democratic non-voting member of Congress represents many of those who would be affected by a possible government shutdown. President Obama and congressional leaders are currently negotiating a deal to try to avoid a shutdown when the current continuing resolution that funds the government expires Friday. A visibly agitated Norton criticized members of Congress for their treatment of her constituents.

"District residents are being treated as colonists of the Congress of the United States. This is the equivalent of bombing innocent civilians," Norton told Washington news station WTTG-TV Thursday.

Norton blamed Republicans for pushing policy riders in a proposed stopgap spending measure that would prevent local taxpayer funds from paying for abortions.

The 11-term delegate said she is "not confident" a budget deal will be reached before Friday.