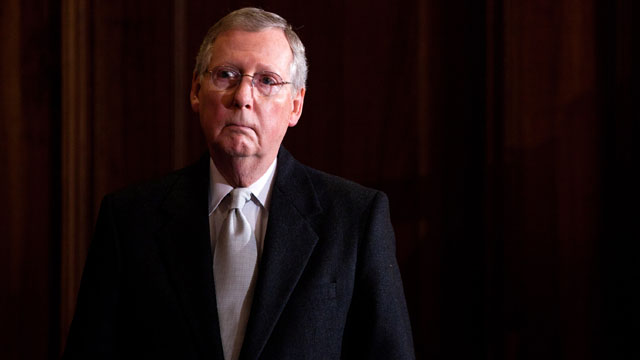 (CNN) - Senate Minority Leader Mitch McConnell on Thursday defended the House GOP's decision to take up a one-week government funding bill that includes provisions related to abortion. Those provisions, he insisted, have been included before in appropriations bills and approved by members of the Democratic leadership.

Democrats "have done nothing to prevent" a shutdown, McConnell said. As a result, he said, they have two choices: pass the GOP's one-week bill - which cuts spending by an additional $12 billion - or shut down the government.

"That's it. That's the choice," the Kentucky Republican said.