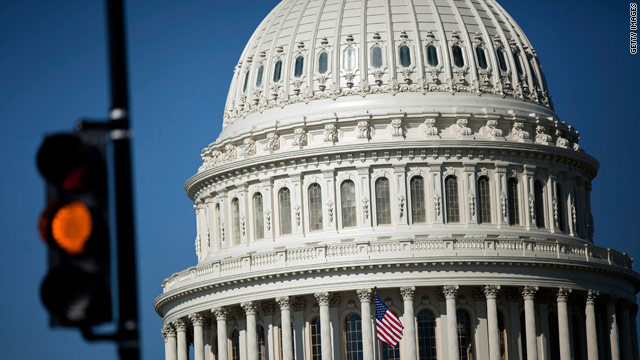 Washington (CNN) - A majority of Americans want congressional lawmakers to seek compromise to avoid a government showdown, according to two new national polls.

But the surveys both indicated that there's a partisan divide, with Democrats and independent voters urging compromise while many Republicans are telling their lawmakers to stick to their guns, even if it leads to a shutdown of some government services and offices.

Fifty-eight percent of people questioned in a Gallup poll released Wednesday said they want the members of Congress who represent them to agree to a compromise budget plan, even if that means a budget they disagree with is passed, with one in three saying that their lawmakers should hold out for the plan they support, even if it leads to a government shutdown.

But most those polls, as well as the two new surveys, indicated a partisan divide.

By a 68 to 27 percent margin, Democrats questioned in the Gallup survey urged compromise, with independents saying the same thing by a two to one margin. But by a narrower 51 to 44 percent margin, Republicans questioned said lawmakers should stick to their guns even if it leads to a shutdown.

The other poll released Wednesday, by NBC/Wall Street Journal, indicated that 68 percent of Democrats said they want Democratic leaders in Congress to make compromises in the current budget battle, with 56 percent of Republicans, and 68 percent of self described Tea Party supporters, wanting GOP lawmakers to stick to their positions, even if it leads to a shutdown.

Current funding for the government runs out Friday. If there is no budget agreement between congressional lawmakers by then, there could be a shutdown of some government offices, programs, and services.

The NBC/Wall Street Journal poll was conducted March 31-April 4, with 1,000 adults nationwide questioned by telephone. The survey's overall sampling error is plus or minus 3.1 percentage points.

The Gallup poll was conducted April 5, with 1,014 adults nationwide questioned by telephone. The survey's overall sampling error is plus or minus four percentage points.