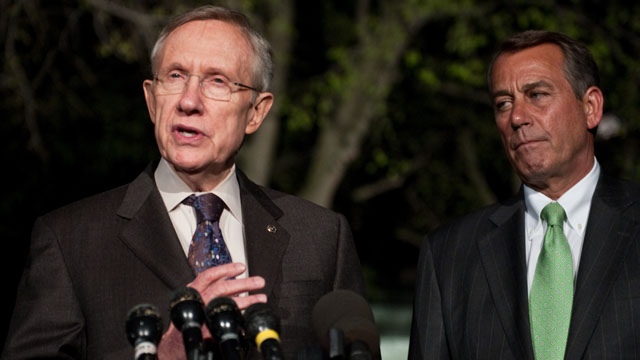 Washington (CNN) - Senate Majority Leader Harry Reid, D-Nevada, said Thursday that Democrats and Republicans are extremely close to an agreement on the overall spending cut numbers. But Republicans, he said, are preventing a deal by insisting on including provisions relating to abortion and environmental protection.

As a result, he said, "I am not nearly as optimistic as I was" Wednesday night that a compromise can be reached.