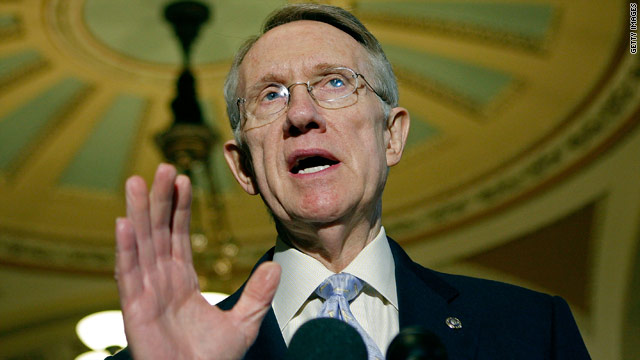 Reid: Odds of government shutdown are 50-50

Washington (CNN) - Senate Majority Leader Harry Reid tells CNN the odds are a government shutdown are "no better than 50-50" as he prepared for another White House powwow Thursday night.

In an interview with CNN Senior Congressional Correspondent Dana Bash he said that every time the leadership meets at the White House they get close to a deal, but when members leave "we get farther apart."

Calling the ongoing budget negotiations "a debate between Republicans and Republicans," he denied a rift between both parties on trying to reach a deal.

"We should be able to get this done but we can't continually negotiate with ourselves," he said. "I haven't' heard anything from my caucus other than we should get this done."

The Democratic leader admitted that spending cuts will be large stating, "We have cut so hard, so deeply, that it's difficult to keep my arms around all my people."