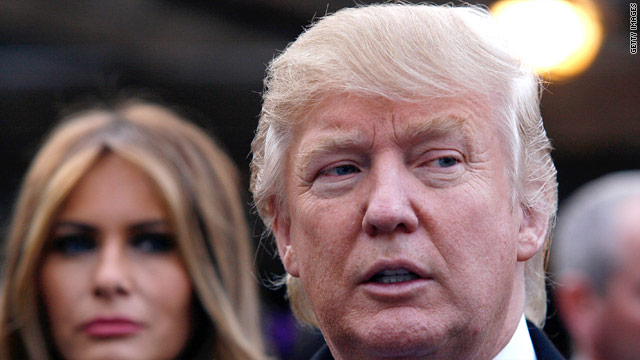 On Friday the real-estate mogul and reality TV star will meet with a state lawmaker from Arizona who is sponsoring a so-called "birther bill."

Republican Rep. Carl Seel's bill would require any presidential candidate to prove that he or she was, in fact, born in the United States.

A press release from Seel said he will meet with Trump in the morning at Trump Tower in New York City. "Donald Trump has brought the issue of President Barack Obama failing to provide a birth certificate front and center recently, and sent investigators to Hawaii this week to investigate further," the release said.

"This issue has been gaining steam around the country as several state legislatures are considering legislation to ensure that any candidate running for president provide documentation that they are legally qualified to run for that office."

Seel's office told CNN the lawmaker reached out to Trump to request a meeting, and that Trump accepted. On Thursday morning Seel boarded a plane en route for the Friday meeting.

Trump, who is considering a presidential bid, has caused a stir by questioning if the president was born in the U.S. Speaking with CNN on Thursday. Trump echoed a line he'd said in a morning TV interview: that the president's citizenship may be a "scam."

CNN has debunked such claims surrounding the president's birthplace.

In 2008, the Obama campaign produced a certification of live birth that reports his birthplace as Honolulu, Hawaii – a document the Hawaii government says is official evidence of his birth in the state. Among other evidence of Obama's Hawaii birth is the fact the hospital where he was born took out ads in two Hawaiian newspapers in 1961 announcing the birth and while current Gov. Neil Abercrombie says he knew Obama's family and remembers his birth.